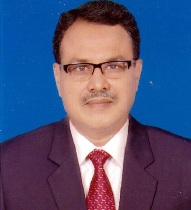 Mr. Md. Kamal Hossain Gazi joined Investment Corporation of Bangladesh (ICB) as a Senior Officer in the year 1987. In the year 2016 he has been promoted as General Manager of ICB and performed duties as CAMLCO. Throughout his long career he served in many divisions & departments namely Accounts & Finance division, Legal Affairs division, AML/CFT Unit, Special Fund Management Unit, including Branch Head & Manager of Bogura Branch, Khulna Branch & Chattogram Branch of ICB. He obtained B.Com (Hon’s) & M. Com degree in Marketing from the University of Dhaka. He is a Diplomaed Associate of the Institute of Bankers, Bangladesh(DAIBB). He participatedvarious training programs on finance & banking from different training institution of Bangladesh. He traveled to Nepal, India and West Germany for training and job related affairs. Previous responsibilities includes as Chairman of Bangladesh Welding Eloctrodes Ltd, Aziz Pipes Ltd and ICB Asset Management Company Ltd. He also was in the Board of Islami Bank Bangladesh Ltd. as a nominated Director from ICB. 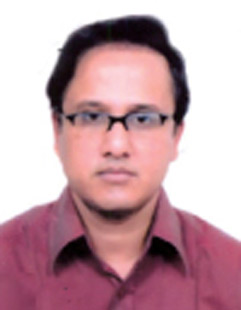 Besides Dhaka University, Dr. Helal is currently working with the World Bank Group on Food Prices, Middlemen and Marketing Institutions. He worked at the World Bank head office, Washington D.C. from May 2006 to April 2008 on African Infrastructure. He worked as a Consultant of International Labour Organization (ILO), Food and Agriculture Organization (FAO) and World Food Programme (WFP) of the United Nations and as a Research Associate of Public Utility Research Center (PURC) of the University of Florida. 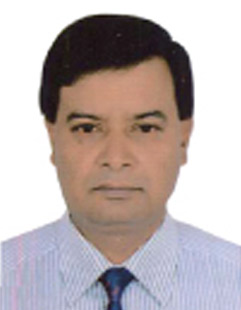 Mr. Joarder Israil Hossain is the General Manager at the Governor's Secretariat, Bangladesh Bank. He passed B.S.S. (Hons) and M.S.S. in Economics from the University of Dhaka in 1983 and 1984 respectively. After that, he completed MBA in Management from the same University in 2007. He completed "DAIBB" (Diplomaed Associate of the Institute of Bankers, Bangladesh) from IBB (Institute of Bankers Bangladesh).

Mr. Joarder Israil Hossain started his career in Bangladesh Bank as an Assistant Director. During his long career, he worked in Bangladesh Bank in different capacities at different times. He worked in the Agriculture Credit Department and Banking Regulations & Policy Department from 1988 to 1996 in the capacity of Assistant Director. Then he worked as a Deputy Director in the Banking Regulations & Policy Department and Department of Banking Inspection from 1996 to 2002. He worked as a Joint Director in the Human Resources Department from 2002 to 2007. 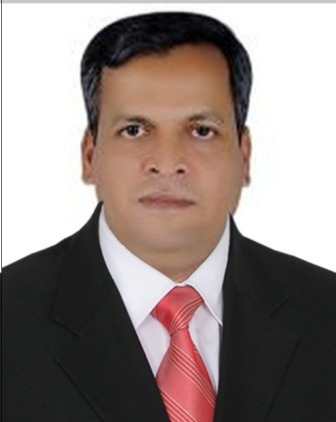 Mr. Mohammad Anamul Huq is currently working as a Deputy Secretary in the Financial Institutions Division (FID) of the Ministry of Finance. He joined the Bangladesh Civil Service in 2006 as a member of the 25th Batch of BCS Customs & Excise Cadre. Prior to joining as a civil servant, he was serving as the Upazila Rural Development Officer / Assistant Director of Bangladesh Rural Development Board (BRDB) in Banshkhali Upazila of Chattogram District. After joining Bangladesh Civil Service he served as Assistant Commissioner / Divisional Officer of Customs, Excise, and VAT in Kushtia Division with geographical jurisdiction located in Kushtia, Chuadanga, Rajbari & Meherpur District; Jashore Division - comprising tax administration of Jashore, Norail, Magura, Jhenaidah, Faridpur & Gopalganj District; Incharge of Dorshona Land Customs Station & Mohishkundi Corridor (Bordering India) of Customs, Excise & VAT Commissionerate-Jashore. 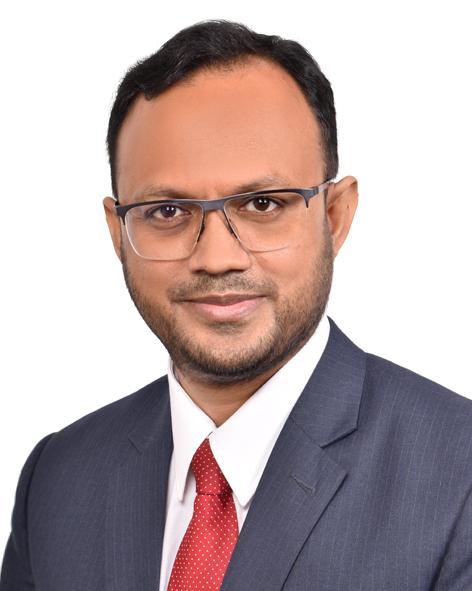 Mr. Khusru is the Director & CEO of Expo Group, Bangladesh and Director & CEO of DataFort Limited (a franchisee of InfoFort LLC, UAE). He is alsoa Board Director of InfoSapex Limited, Freight Options Ltd & MASCO International Ltd and the Founder of robo2mation.com.

Mr. Khusru has been serving as the faculty member of ICAB for more than 17 years and engaged in the development of learning materials.He is also deeply involved in the continuous development process of ICAB in various capacities.

Mr. Khusru acquired degree on Innovation and Strategy from the Harvard University, USA. Presently, he is pursuing PhD on ‘Information Technologies for public sector reporting in Bangladesh’. He is extensively involved in advocacy role on various laws and policy formation process of Government including preparation of various research papers.

Mrs. Mahmuda Akhter has been appointed as Director of the ICB Security Trading Company Limited (ISTCL). She joined Investment Corporation of Bangladesh as Senior Officer in 1995. She was last promoted as General Manager of ICB in 2021. She obtained her BSS (Hons.) and MSS Degree in Economics from the University of Dhaka. She also holds an MBA from the Daffodil International University of Dhaka. In addition, she is a Diplomaed Associate of the Institute of Bankers Bangladesh. Mrs. Mahmuda has been working in different Divisions and Departments including Investors Department, Budget & Risk Management Department, Appraisal Department, Secretaries Department, Equity and Entrepreneurship Fund (EEF), Mutual Funds Division, Administration Division of ICB in various capacities for the last 26 years. She also participated in various trainings, workshops and seminars across the country during her service life. She is currently serving as the General Manager of the Operations Wing of ICB.  Moreover, she is now serving as the nominee Director of Silva Pharmaceuticals Limited on behalf of the corporation.

Mr. Md. Mofizur Rahman is the Chief Executive Officer (CEO) and Director of ICB Securities Trading Company Limited (ISTCL). He joined Investment Corporation of Bangladesh (ICB) in 2004 as System Analyst. He promoted to General Manager in 2022 and posted to ISTCL as CEO. He has Completed BSC Engineering in Electrical and Electronics Engineering (EEE) from Chattogram University of Engineering and Technology. He also completed MBA from Bangladesh Open University.

He has held various positions prior to join ISTCL. Before joining to ISTCL he served as System Manager in Hardware and Communication Division and Software Division of ICB. He also served as Deputy Chief Executive Officer, ICB Capital Management Limited. Beside that as Senior System Analyst he worked as the head of EEF Non Agro Department, Data Admin and MIS Department of ICB. Mr. Rahman also worked with Bangladesh Power Development Board from 1996 to 2004. He also worked on the Prime Minister Access to Information Project (A2I), Digital Bangladesh Implementation Project and Board Secretary of Bangladesh Data Center and Disaster Recovery Site Limited. He attended various training, seminar programs home and abroad. He is in the Board of Agni Systems Limited as a nominated Director from ICB. 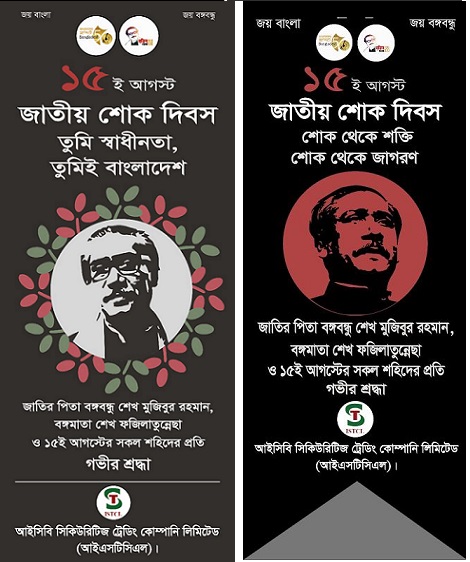